Many people wonder whether they can use judo gis for BJJ classes and tournaments.

You might also want to know what the advantages and disadvantages of wearing BJJ gi for judo are and vice versa.

This article covers these and more. I also included cost comparison at the end and you might want to read that if you plan on saving some money.

These are different martial arts. Techniques, defensive movements are different from each other. So the gis have different qualities like design, flexibility, thickness and weight.

BJJ gis are tapered and do not have any extra fabric. So jiu-jitsu gis are close-fitting whereas judo pants have more empty space between the legs and the fabric. This proides a more range of motion while performing judo techniques but rolling on mats is a totally different story. Because of this reason, it is harder to roll with judo gis. 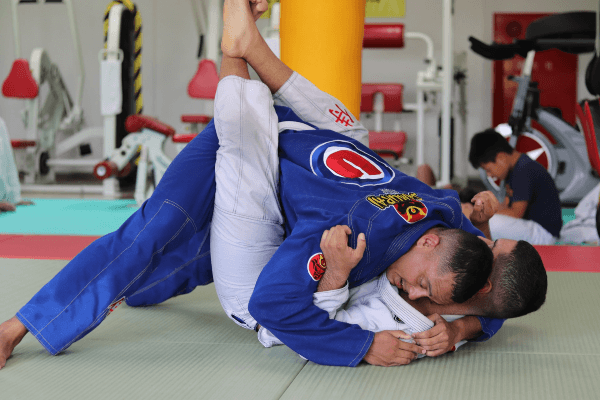 Making grip is more difficult while wearing BJJ gis because cuffs have less space so your opponent can’t make a strong grip so easily. On the other hand, it is way easier to do it with judo pants and jackets.

Judo jackets are longer than jiu-jitsu jackets and pants have the same length.

The companies use different materials for jiu-jitsu and judo. You experience holds, grips, strong grips during BJJ sessions and other than these rolling also causes deformation. So BJJ materials should withstand these and be flexible. However, judo gi needs to withstand smashing to the ground, throwing…

So these require different qualities. These are why materials, stitching styles are different from each other. Jiu-jitsu gi’s materials allow more flexibility without too much stretching. Stitching doesn’t affect rolling and submission performance badly. Also, jiu-jitsu gis have stronger stitching.

2. Let’s talk about the Weight

Some people complain that pearl weave BJJ gis are heavy. It is heavy compared to other weave types including single weave. However, judo gis are even heavier than that. This makes it harder for you to move and do submissions. Weight is another disadvantage of judo gis for grappling.

Can You Wear Judo Gis for BJJ Tournaments? As long as it follows the requirements of IBJJF you can wear it, enter the tournaments and go to your dojo. However, this is not ideal at all. BJJ gis allow you to move more comfortably and it has a tapered fit. So it is harder for your opponents to make a strong grip. Also, BJJ gis are lighter than judo gis. So even though you can technically wear a judo gi for BJJ your performance might suffer.

Can you Wear BJJ Gi for Judo Tournaments? Even though a BJJ gi may follow the rules and regulations of Judo tournaments you are simply not allowed to wear one. It is also not ideal for performance as it is more tapered than judo gis. For example, you simply can’t throw an opoonent with BJJ gi comfortably as you can with a quality judo gi. A standard BJJ gi also does not meet the requirements of judo tournaments. For example, judo requires jackets to be longer than BJJ jackets and it should reach your thighs.

Do BJJ gyms allow you to wear a Judo gi? If you go to gyms and learn these martial arts then you can use BJJ gi for judo and judo gis for jiu-jitsu as long as your instructors are okay with it. BJJ gis may have different types of embroideries and dojo patches whereas judo kimonos generally don’t have any.

My Experiences: I never practiced judo however I have been grappling for almost two years and our instructors have never a problem with people who wear judo gis for grappling classes. However, your dojo might follow more strict rules so before investing any money in a gi you should talk with your instructors beforehand.

The cost is the main reason why people want to know whether they can wear judo gis for other martial arts or not.  The price of judo gis is lower than any other gi type out there. Why is it more affordable than the others?  Both judo pants and jackets are not tapered as bjj gis so less fabric is used.

Also making weave types like pearl weave, double weave takes time and effort. Some of these gis also have all kinds of patches at shoulders. So these also increase the cost. Whereas judo gis are plain-looking and these don’t need a high level of craftsmanship. This reduces the price significantly as well.

However, you need to consider the durability as it affects the return of investment. If you train jiu-jitsu with a judo gi the stitching will not last long as BJJ gis’ stitching. You will tear it up sooner. So if you buy a cheap judo gi instead of a jiu-jitsu gi do you really save money? You probably won’t. And your performance will suffer whether you wear a BJJ gi for judo or you wear a judo gi for jiu-jitsu.

Considering everything if you choose to participate in any of these martial arts we recommend buying a gi that Is made for that particular martial art.

As a side note, you generally see that the same companies including Elite Sports, Fuji produce gis for these martial arts.

So now you know everything about when it comes to differences between judo gis and BJJ gis. If you have any further questions or anything to add please drop a comment below.