Both BJJ and wrestling are grappling martial arts.

However, what is the difference? Is one more effective than the other? Which is better for real-life situations? These are the common questions that you can find on forums. There are many advantages and disadvantages of choosing one over the other. 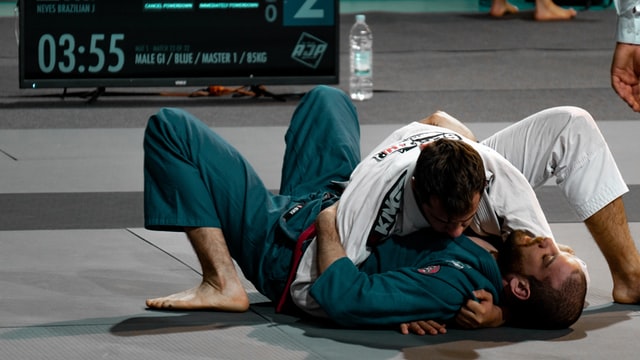 Whereas wrestlers’ goal is to successfully take down the opponent and pinning the opponent on the mats for two seconds or push your opponent outside the circle. Another way to win a match is to have more than fourteen points than the opponent. The latter requires more skills.

Obviously, if your opponents do not follow the rules and regulations they can be disqualified and you can win the match.

In some cases, it is argued that jiu-jitsu is better than wrestling. However, this depends on the circumstance. If you know BJJ and your takedown defense sucks then your opponent may slam you to the ground and the fight would be over at that point. But if you are on the ground a wrestler probably can’t defend effectively against the submissions. So, the advantages of learning one over the other entirely depend on the circumstance.

What do We Suggest for Self-defense?

If you are a small person then learning jiu jitsu is a better option as you may not have enough power for takedowns or other wrestling techniques. If your opponent is stronger than you it is actually your best bet to practice BJJ for winning the fight.

So considering these BJJ is actually better for self-defense in many circumstances. You will have more chances to win a street fight if you choose to learn it. But this does not mean that wrestling is useless in real-life situations. There are just fewer circumstances that it can be more beneficial to use wrestling techniques like throws in real life. Also, wrestlers know how to control the opponent and it is quite useful in matches however self-defense experts want you not to do it in real life as stabbing would be too easy in this circumstance.

Learn BJJ with These DVDs and Videos

It is quite important for practitioners to put in time and effort in BJJ. This is one of the most important factors for advancing in belts and the other factor is the instructor’s recommendation. You need to achieve specific goals for advancing. For example, practitioners need to master different escape techniques from mount in order to advance to blue belt. Every belt requires you to accomplish specific goals. Children tend to be rewarded with new belts more often. And there is no age restriction for progression.

Wrestling does not have any official belt system. Because wrestling is a combat sport and there is no hierarchy and traditions like belts. However, almost every martial art has a ranking system.

How long are Matches and Classes?

Wrestling is a quite demanding martial art and wrestlers always need to be in the top physical condition during competitions. I am not saying BJJ practitioners do not get in shape for tournaments however jiu jitsu depends heavily on skills. Wrestling also depends on a wrestler’s skills however in order to show skills, a wrestler needs to be explosive.

Practicing wrestling helps you achieve an amazing physique in a very short amount of time. Bjj is still not bad for it however wrestling definitely has the edge.

BJJ is actually great for people who are short or not really powerful. So they can rely on submissions techniques to beat the stronger opponents and they don’t need to overpower them.  This is why many self-defense classes include different jiu-jitsu techniques. However, this is not the case for wrestlers. When you are trying to pin your opponent, doing takedowns, scrambling with your opponent’s strength is definitely one of the most important factors. So both size and strength matter.

Wrestling gears tend to be more affordable than jiu jitsu equipment. The reason is BJJ gis. The quality kimono is quite expensive martial arts clothing and you definitely will need more than one.

BJJ dojos generally charge more than wrestling clubs. The difference is around forty dollars. Also, it is common that BJJ practitioners train more than wrestlers. I know some of you disagree with this statement but it is actually true according to my observation in the MMA gyms over the years.

Who wins an MMA Match?

When a wrestler faces a BJJ practitioner in an MMA fight who has the advantage?

This topic also needs to include a lot of details about the techniques like sprawling and guards. The following video does a good job of explaining everything in detail.

Train Both BJJ and Wrestling

This is recommended for people who want to practice self-defense or improve the chances of winning an MMA match. For instance, you can counter wrestling techniques with BJJ techniques like leg locks. This is not a conventional way to go about it as your opponent would expect you to counter with wrestling techniques. So you can catch them off guard.

Considering everything both of these martial arts have advantages and disadvantages. So training them together is the best way to go about it if your goal is to learn self-defense.

Is wrestling harder than BJJ? It depends. Wrestling can be quite tough especially while scrambling with your opponent to get to a dominant position. It is definitely more physically challenging than BJJ. You can build more muscles and burn more calories during a wrestling class. However, it is way harder to learn BJJ techniques as there are more of them and kimuras, leg locks, triangles are more complicated than takedowns.

Is BJJ better than Wrestling? When a BJJ practitioner faces a wrestler, generally wrestler wins the fight. The reason is that the wrestler can also use their hands well and they can do takedowns before you know it. And it seems practitioners generally can’t counter in a short amount of time. Thus we witness the wrestlers beat jiu jitsu practitioners in MMA gyms more often than not.

These martial arts share some similarities. Both of these are effective for self-defense and grappling is incorporated into BJJ and wrestling. These martial arts help you burn calories fast and lower body fat percentage.

Which one is more fun?

This depends on the individual. However, it seems like lots of people, who take BJJ classes, go to classes and learn sweeps for fun!

Now you know enough to make an educated choice. However, whether you choose to practice BJJ or wrestling you need proper training, schedule, good instructors and dedication.

If I miss any important points about this topic please feel free to comment below.